You’ve probably heard of containers and what you can do with them in some simple scenarios. Containers brought an exciting concept in application development and infrastructure management. Containerizing an application removes the ping-pong between Dev and Ops and the famous phrase “it works on my machine”. You get a docker file or the actual container image from a public/private repository and just run it. If it worked in the development environment, then it will work correctly in the staging and production environment without any changes.

The problem with containers is that they need to be hosted in a container orchestration system like Docker Swarm, DC/OS or Kubernetes. These systems are not cheap to run and not easy to maintain. If you have a significant application that requires a container orchestration tool then that’s a no-brainer but what if you need to run one single container for one hour because I need something processed and then I’m done? Well, you didn’t have any other possibility other than running it on your machine or in a container orchestrator, but recently Azure introduced a public preview of Azure Container Instances that allow you to run single containers at a per second billing.

An Azure Container Instance is a single container that starts in seconds/minutes (depends if you’re using Linux or Windows) and you are billed by the second. You can pretty much call it a Container as a Service offering or CaaS ?

This concept is pretty sweet from multiple standpoints. I for one found some significant use cases for my needs. For example, when I’m doing workshops or training classes, I usually use VSTS to show off the possibilities of deploying applications to Azure. The problem I have is that the hosted agent free time is not enough for my preparation of demos and I usually spend some time setting up Windows and Linux agents. With ACI, I just create a Windows and Linux container with the agents and only deploy them from an Azure Container Registry or Docker Hub.

Another use case I found is web application load testing. I can just spin up a couple of containers and do load tests on my web application, pay for a minute of usage and be done with it.

I just thought of two useful things that you can do with ACI but that’s just the tip of the iceberg and at the moment they are preview which means MS is not done working on them and awesome stuff should appear soon ?
If you only have a 150$ Azure MSDN Subscription then you know that you have to do a lot of micro-management to just keep that credit when you’re doing presentations / workshops or training classes.

Spinning up a container instance is extremely simple. You can either spin up an ACI by using the Azure Portal, or you can use the Azure CLI via the Cloud Shell to run some simple commands to provision your container.
If you’re using the Azure Portal, you go to new -> Search MarketPlace for Azure Container Instance -> Go through the steps where you reference a public or private registry, specify the amount of CPU and Memory you need and presto, DONE ? 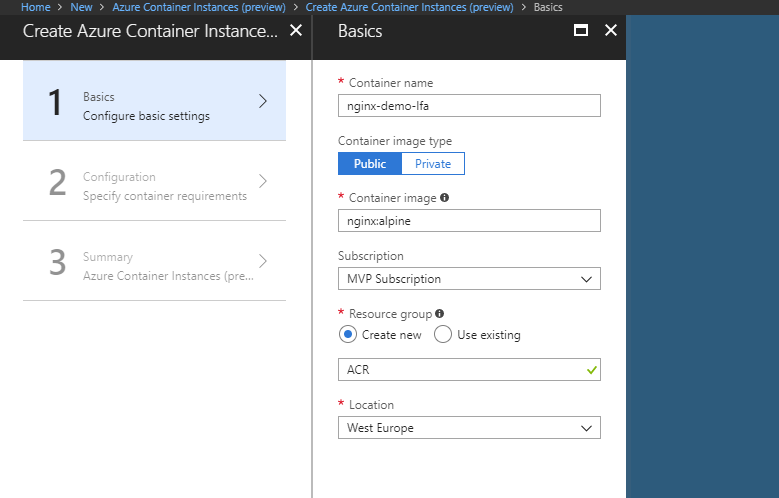 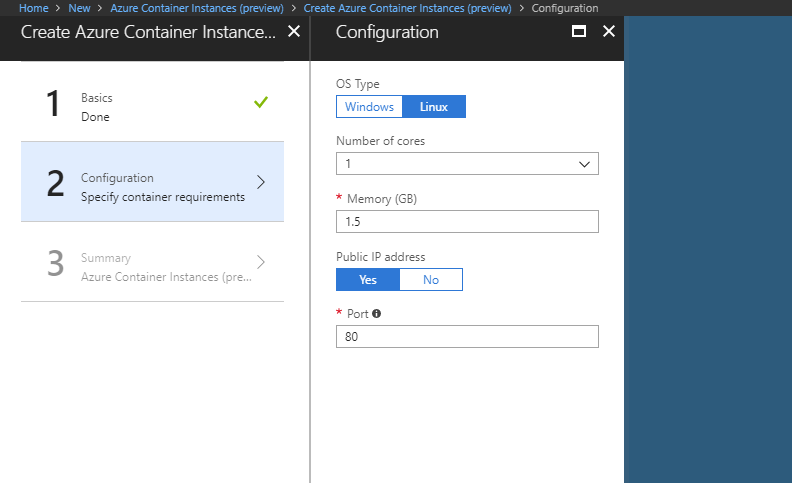 The commands for doing it in the Azure CLI are like this: 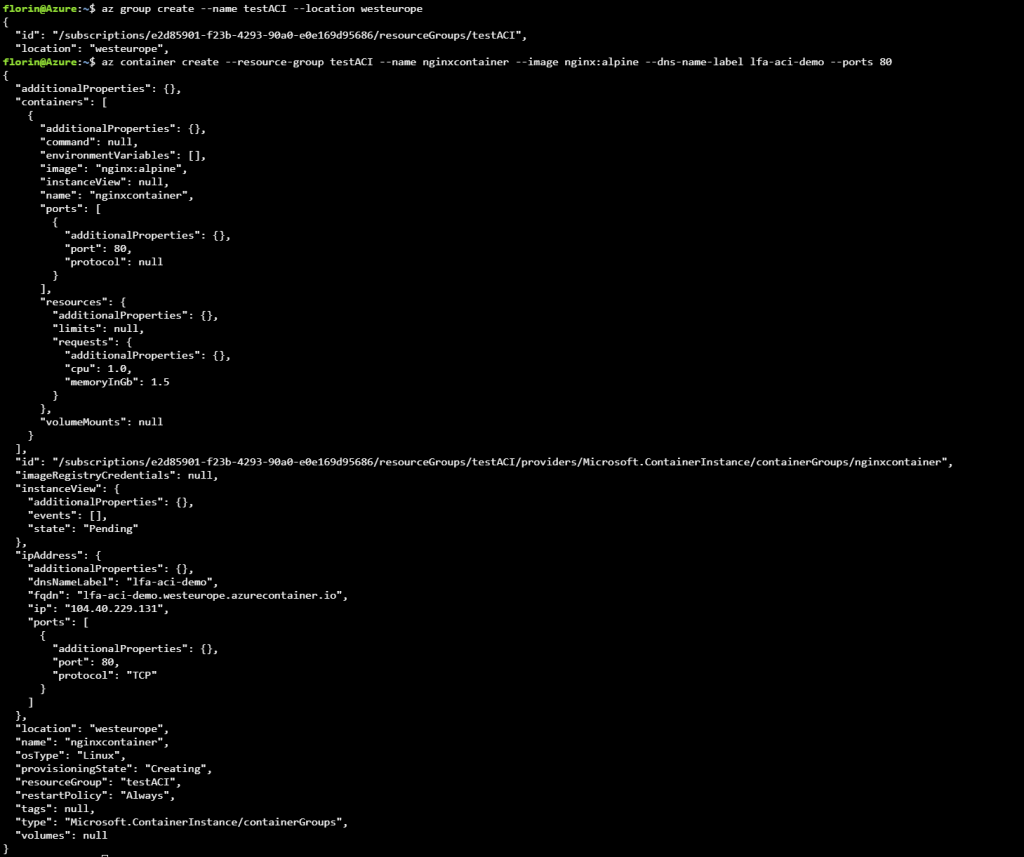 Using Azure App Service for Wordpress - What you need to know

In a previous blog post [https://florinloghiade.ro/2018/01/working-with-kubernetes-managed-clusters-in-azure/] , I talked about how excellent

You’ve probably heard of containers and what you can do with them in some simple scenarios. Containers brought an exciting concept in applicat